Mark these words, today marks a historical turning point. You can now buy The IBM-Q an off the shelf quantum computer while The Brains of 3 People Have Been Successfully Connected, Enabling Them to Share Thoughts over the internet. With a Radical New Neural Network Design That Overcomes AI Brain Interfaces and an operating system like Solid, made by Interupt at MIT by Sir Tim Berners Lee @ MIT & Interupt who is going to up-end the internet as we know it and who created most of the internet & the web browser we know today. The reality: a fully connected, brain interface for designers, engineers and finance innovators is just about is real. The World will never be the same again. 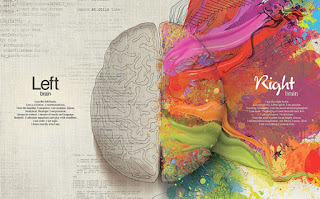 With similar 20 & 30 year timing windows the next leap in design, engineering and finance innovation cannot not be ignored:

a) ARPANet from the US Military was created Feb 1966, demoed publicly Oct 1967, formally launched April 1969, & decommissioned 1990 with Telenet going live Nov 22, 1987: about 20yrs after ARPANET was 1st shown openly – US Gov patents put into public domain. Taking roughly 2yrs to create the first web browser & launched in 1990 by Tim Berners-Lee, CERN then in May 1991 took HTTP and Web interfaces into the public later with Netscape ( founded April 1994 ) launching a public web browser Oct 13th 1994. 20 years from ARPANET R&D to real world use and then 10 years for public consumption.

b) Neural Signals founded in 1987 built the first intracortical brain–computer interface and by 1999 full images seen by cats were decoded in real time with full brain to brain interfaced communication between 3 separate people over the internet was perfected and usable in Oct 2018.

c) With AI enabled Quantum computers being sold on the open market by IBM in Jan 2019 and AI enabled brain to brain interfaces being a reality we now have the viability for a fully integrated distributed processing system such as Interrupt and Solid at MIT plus a fully immersive, interactive and internet enabled visual interfaces such as Magic Leap ( funded with Google for more than $2.3 billion in total so far ) and Nreal to produce the next level of human & computer evolution including that off the third self.

Our design, engineering, and innovation world is about to, once again. RADICALLY change and the next 20 years will look nothing like what ours did before the time we all had computers in our homes. Now our homes and entire designed experience will be, literally, all in our heads