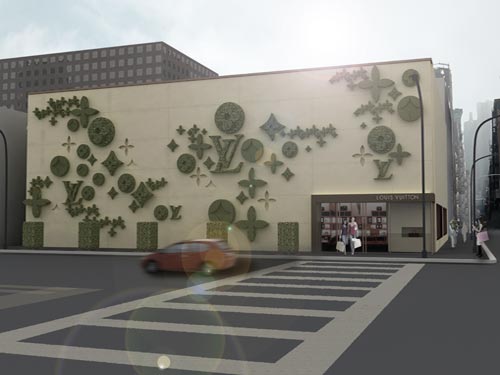 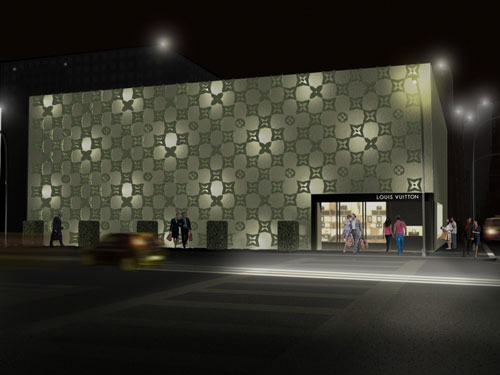 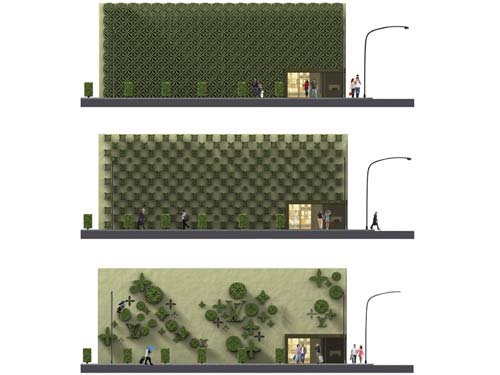 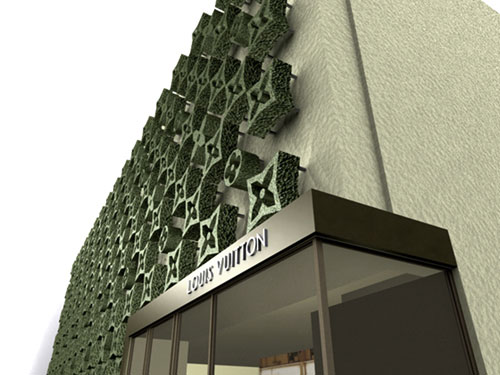 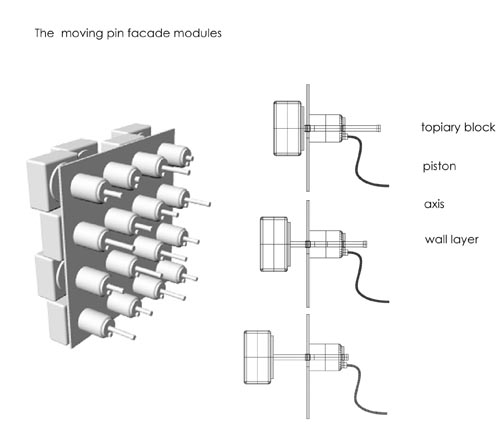 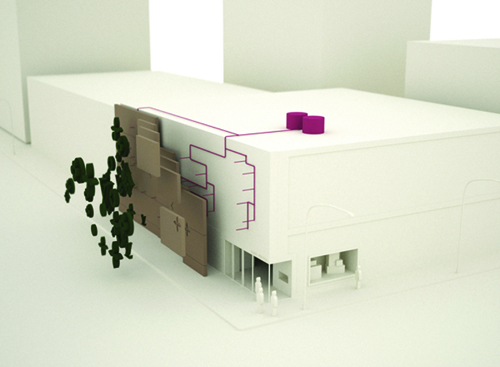 In 2006, TOPIADE was the worlds first, fully articulated moving pin and lay-over facade structure designed to enable a renewal of an existing retail store building without major reconstructions. TOPIADE was created by identifying central attributes of the famous French fashion brand, Louis Vuitton : luxury, French Heritage, and craftsmanship. The designs that produced were of this nature and could be thought of as conduits to the outside and the inside. Simply the goal was to create a Louis Vuitton building “alive” and to make it so that people are able to experience this “aliveness” each day that they own and use a Louis Vuitton product.

A comprehensive research study was carried out on the design, brand perception, brand identity, global marketing & sales, plus competitor strategy before the generation of the concept which suggest a slight shift in the current art direction of Louis Vuitton. 4 independent concepts with a total of 12 permutations of these concepts was investigated. Each of these designs addressed the needs of expanding the idea of Louis Vuitton facade design, the use of topiary art as well as pushing further with the idea of modular facade systems applicable to Louis Vuitton. TOPIADE brings to the facade of a building a vertical version of the luxurious and traditional french garden that redefine Louis Vuitton’s virtue. Several variants are proposed within the concept. Real topiary blocks are arranged on the facade, behind them is a net of water / nutrient feeding system. every so often, a real gardener is to be dispatched and maintain the topiary plants while creating an interesting scene around the building.

In late 2006 TOPIADE was further developed with an interactive addressable 3D scanning programmatic interface: the ability to define moving blocks of topiary panels based on programmatic controls and further the use of holographic display systems a further innovation to Louis Vuitton’s already expanding endeavors to the future of design and art.