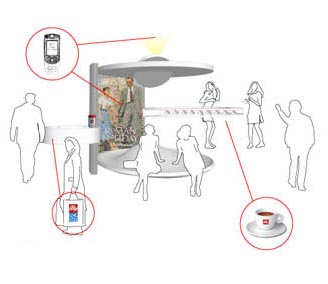 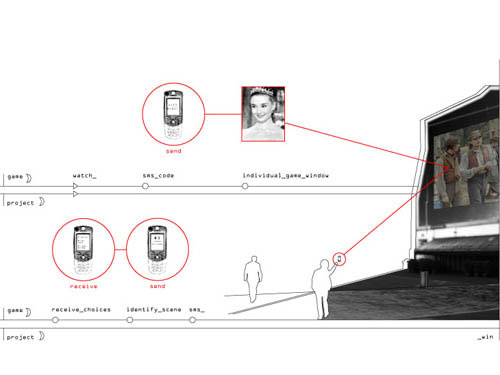 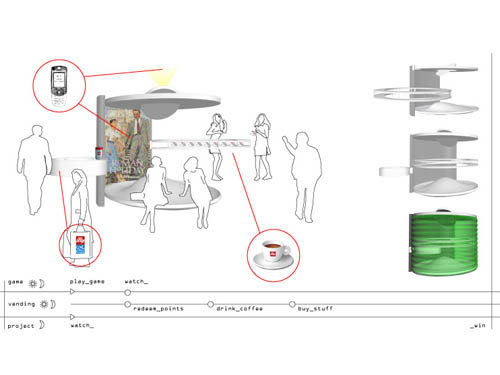 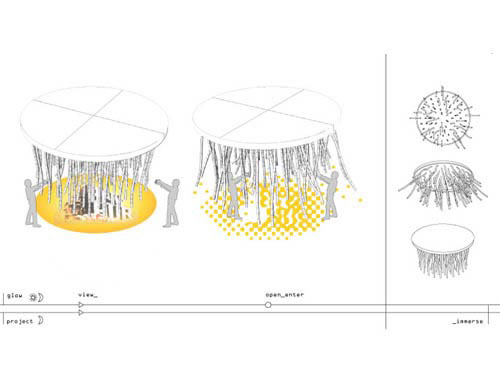 CINECAFE is a nationwide, internet connected system of games, advertising and multimedia functionality that can be accessed on mobile phones, kiosks, and fully interactive public devices allowing users to text a number to have the CINECAFE system project images of their favorite movies on the side of a kiosk, answers trivia questions for points directly from their device and/or interact directly with characters on the projected wall interactive system. Users can address or call a movie wall in real-time to answer movie questions for points and further supporting interaction with the brand in city centers and shopping areas.

Culminating at the “PivotEpoint”, a self contained transportable location where people come to redeem points for the games that they have won throughout Italy a social space is created to draw people to further interact with CINECAFE itself. Dial the number of the PivotEpoint where you are standing or connect directly to it via the internet, social media, etc,. play the games throughout locations all over Italy and when you are ready, select how much you want to transfer to that location and users can get merchandise, food, etc., discounts.  CINECAFE’s PivotEpoint also project images onto buildings and nearby walls or onto itself as a movable movie / media projection system and interaction point.